If you are looking for a dynamic, experienced, and inspiring innovator and leader, look no further than Leonard McCreary. As the Founder, President, and CEO of Figure Engineering, Mr. McCreary delivers his vision, focus, and drive to build a global leader in Industry 4.0 (i4.0) enterprise solutions for aerospace and defense to his team. Leonard passionately leverages strengths, allowing his cherished employees and mentees to achieve their highest and best purpose.

Leonard graduated from the Corps of Cadets at Virginia Tech with a degree in Mechanical Engineering and minor in Leadership. He was in the Regimental Band and Ranger Company, and a key member on the highly competitive Formula SAE team.

Mr. McCreary founded Figure Engineering while an Examiner at the US Patent and Trademark Office (USPTO) in the automotive suspension, control, and safety systems. Prior to the USPTO, Leonard was the Quality and Safety Engineer at Altec Industries, a heavy manufacturer of bucket trucks and telescoping boom cranes for utilities and construction. Prior to Altec Industries, Leonard worked at GE Power Systems in Steam Turbine and Valve Final Assembly as a member of GE’s renowned Edison Engineering Program.

While leading Figure Finishing™, Leonard was featured in The Washington Post; he also served as VP of Development on the Virginia Tech Corps of Cadets Highty-Tighty Alumni, Inc. board.

With 18 years of experience in advanced manufacturing, sustainment, and technology, Leonard became the youngest known dual SBIR Phase 2 contract winner in DoD history (According to an OSDR&E official).
Mr. McCreary would go on to relocate to Colorado to capitalize on its flourishing A&D climate.
Leonard McCreary enjoys outdoor adventures including hiking, climbing, and pedaling with his wife, Heather, and their two daughters, Maple and Aspen. Leonard volunteers as a coach at Thrive, guiding the unemployed and underemployed towards economic self-sufficiency and stability by gaining, maintaining, and advancing in meaningful employment. 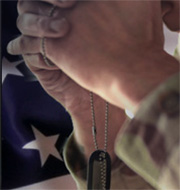